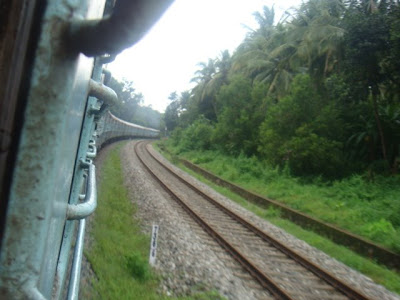 Everything else took a back seat for these past 7 days.

Yes, all you jealous ppl, I had a fantastic brother-sister-road-trip-of-sorts. The destination wasn't fancy by any means, but there was a comfy house tucked away in a suburb of Tamil Nadu. my uncle's place. our favorite vacation retreat.

My favorite parts from the trip?
*EVERYTHING! EVERY SINGLE MOMENT!

*the lure of the train. [you know i love them!There's a gypsy in me that LOVES roads,wheels,winds,traveling and the whole package about road trips]

*my favorite cousin/brother for company.

*Kite Runner. [my choice for on-the-move read. Bro had "The Broker"-John Grisham] i swear i almost cried thru several parts of it.

*making acquaintances on the train. i chose not to ask their names though, what's the fun if you can't add some imagination to all those friendships you made?!

*all those late-night movies and laughing at tacky old Tamil movies. [no offense meant!]and throw in the bits where we fought over the remote like we were kids.[never mind that we are both way past the age to fight like kids!!]

*and add to that the fact that we two bought a whole box of chocolates to go with the tv watching. munch,munch,munch.

*THE Shopping. ohhhhhhhh, the shop-all-day at Coimbatore!

*Uncle lent me a book of his, the one which he hadn't parted with in all of the 20 odd years of owning it, yet. And I'm the lucky girl who gets her hands on it. The book?
Between Ourselves: letters between mothers and daughters.
*Him saying that I was going to be his heiress. No, not money. But to his VAST collection of books. Think of every masterpiece, memorable books and all those good books- he's got 'em all in his shelves.
And I'm going to inherit them all!!!!!!!
-------------
I don't care if I don't actually get those books. Just the idea that he thought me important enough to leave his precious books with... that's the best part of it.

*The food. We dined out virtually every day. Went to many of the well known South Indian restaurants around there.And I have tasted some of the best veg food, plus discovered how spicy the "dragon chicken" dish was. Yum!

And the best-best part of all? That bonding time. With the best uncle in the world and my aunt and,most importantly-
with the best cousin in the whole wide world.

Beyond sharing music,books,movies,chocolates and some sizable portions of good television watching [which would include NDTV, Nat Geo as well-IF you're wondering what i meant by good television watching]
and some dumb fights,
and 'fessing up on past relationships [read-ruined relationships],
our shady records of shady vices,sins and our dealings with:
Stuff-considered-taboo-in-our-family;

i know I have a wonderful brother of a lifetime.
He's always been so good; despite me being one big jerk of a sister to him. :D

*Eating prior to long journeys makes me queasy, for some mysterious reason. On the other hand, when I travel on an almost empty stomach, I'm so good! 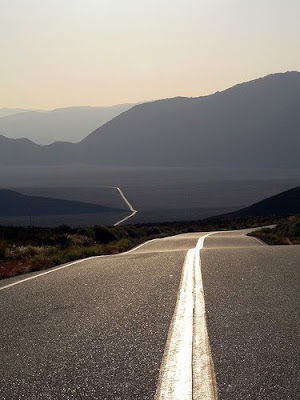 -this shot taken from Flickr
Blogg'd by Azra Raphael at 5:35 PM

Lucky Girl. I envy you especially that book heiress part.

Sometimes in life.. despite all the good charms and lucks we have, despite the uber +ve days we have.. sometimes when we look at the awesome simple experiences of a(n) (awesome-)simple-who.. we feel, *umm* jealous.
YEAH I ENVY YOU FOR THE WHOLE THING!

Wonderful goods from you, man. I have understand
your stuff previous to and you are just extremely excellent.

I really like what you've acquired here, really like what
you are stating and the way in which you say it. You make it entertaining and you still take care of to keep it wise.
I can not wait to read much more from you. This is really a wonderful web site.

What's up, just wanted to mention, I enjoyed this post.
It was helpful. Keep on posting!

Aw, this wass an extremely nice post. Spending some time and actual effort to create a very good article… but
what can I say… I procrastinate a lot and don't
manage to get anything done.