Lyrical videos!! (and then I meander into covers territory)

Aw man,
I've been wanting to talk about them since ages. Ages! I mean, c'mon, what's not to like? 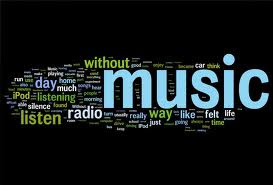 More and more artistes are turning to releasing lyrical videos initially and building the hype up thusly, getting viewers wanting more- and bam! comes the real deal. Only, for me, I'm more vested in the lyrical video than the actual music video of songs.

Usually you get so caught up in the video, that you wholly or at least partially get distracted from the music.Seriously, check out most of the m/vs. They spend like pots of gold and churn out the flashiest scenes for the single. Result? Humungous dollops of eye candy (which is always nice!), but makes the music secondary.

Take "Payphone" for example. It's so frikkin' movie-like, that I didn't notice the music,
UNTIL Julia Sheer came up with the loveliest cover of the single. Then I was hooked on to both the cover AND the original for life. Luff. WHICH is why "Someone Like You" is awesome. Also "Rolling in the Deep". Ok, both are different in tone, but BOTH focus on the singer and the music. (And duh, I'm an Adele fan, which probably became obvious with this one sentence). Y'anyways, I'll try to stop the veering off the topic, and steer us back in. Lyrical videos. As in, the whole lyrics of the single showing up all over the video instead of sexy, almost-naked ladies and just as nonsensical stuff. So awesome! I mean, this is how music videos should have been since the beginning. Yeah, I know how most videos have chyrons and important words from the lyrics showing up anyway. But lyrical videos are a different planet. Just love! Here are three of the lyrical videos I loved. This one was the first lyrical video I noticed as such. Which isn't ancient and is kinda very recent, in fact. Katy Perry's "Wide Awake" lyrical video was adorable. For me anyway. I cherished it even more when I realised what crap the real music video was. Duh. Katy Perry, are you pretending to be a witch in that video? Is that a reference to Omen I see in it in between? Is that the Cheshire Cat? Have I gone mad? Way too many questions and swear words rushing all at once within my head. Not good. Christina Perri's "A Thousand Years": That song was so sweet. Saccharine. I just wish it weren't linked up with THAT dreck movie. If you know what I mean. And then last week or so I met Taylor Swift's "We Are Never Ever Ever Getting Back Together". And again, it was the lyrical video that won me over, more than Taylor in a platinum ponytail and is that a 60s era scene you guys are grooving to? OoooooooooooOOOOOoooooOOOOOooh, we called it off again last night, But OoooOOOOOOOooooh! I LOVE that Oooooh part SO much!
Blogg'd by Azra Raphael at 10:55 AM

Email ThisBlogThis!Share to TwitterShare to FacebookShare to Pinterest
Pieced as just a post, just another day, music, musings, random

I'm actually not a big fan of lyrical videos. My brain needs to be stimulated by dancing and some kind of action sequence in music videos for me to enjoy them :D

first of all, give me 5...i absolutely adore the lyric videos...but i also like the music videos if they are any good.. keep blogging :D

I am a great fan of high qualified music video.