The Year of the Korean

I know that wishing you all a cheery belated happy new year on the 20th day of the new year sounds extraordinarily lame and weird, to say the least.
So instead, I'll just have my new year today. Whassay?
This is probably the first time I've stayed the longest away from my blog.
Primary reason was that I was a bit adamant that I'd begin my new year with an awesome new swishy-swashy template. Unfortunately, I'm yet to find the perfect one, one month into the search. Ah me!
Maybe you darlings could help me:
Searching for-
Three column template swathed in lots of white and blue.
Not that I've anything against black, but it's just that. Black.

The year of the Korean
2008 was the year when I totally, deeply, helplessly, desperately fell in love with the Korean entertainment sphere. I came across this channel called KBS World in September or so. And thus began a whirlwind obsessed affair. Gosh! The celebs looked so cute! The dramas were so... hatke! The reality shows were, for a change, totally unscripted! Can ya believe that???
Us Indians sure have trouble believing that reality shows can be real. Like really real.
Anyways, I'll shorten down on the gushings. but check my favourite dramas and actors.
[ Kang! Ji! Hwan!!!] 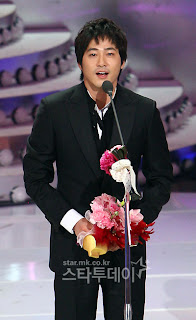 Well that's the SRK (or bigger than that) of Korean film industry.-- Kang ji Hwan! 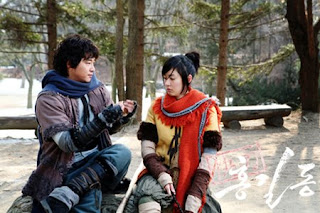 And that's the drama I totally went ga-ga over. Hong Gildong.
And the girls too! 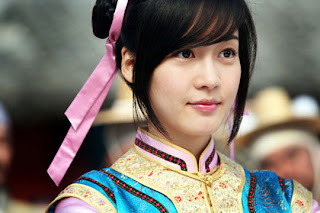 And did you know that Pritam's "Pehli Nazar Mein" was a complete theft from a famous Korean serial's OST?
And you probably don't know how many times I am called crazy because I watch Korean stuff all time and don't even glimpse at the Hindi serials!!! 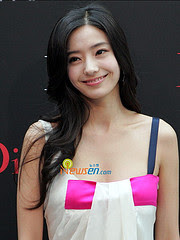 ********************************************
What else happened in 2008?
*Multiple crushes at the same time took a sliiight toll on my sanity. At least that's what my friends prefer to believe.
*Plus lots of bike rides with Vrinda and Saju.
*By today, 2700 and more photographs taken of the gang.
*This year so the entry of gadgets (in a modest way) in our gang. Phones existed already. I owned the first camera, then Vinaya. Then Nimisha buys a better phone. And I'm finally the owner of a phone too now! Shocking that I went through college life without a mobile and still had a fun time?
*Bookwise it was a bare desert like year. Not much intelligence or reading. Doh!
*Made lots of online constant companions and friends. J was the constant commentator on my blog. The Nishi, J, Mohu were the intelligent lot of friends. Then there is the wonderful AR Rahmaniac buddy. Blue, Truthful, Matangi, Muscat's Insomniac and Vee gave me company through blogspot. And very, very, very rarely I caught a glimpse of Sid's streaks of genius too.
And you can't simply forget the delightful pair Jean and Maggie!
Sorry if I left out anyone.
*There were the wonderful movies and awesome music. [mostly from the unnaturally perfect genius called A.R.R. and also the very much likable Vishal-Shekhar duo]
Who didn't love Jaane Tu Ya Jaane Na and the still favourite "Kabhi Kabhi Aditi"? Way too much of good music. Can't even list 'em all in here.
updated later on-
*hits myself in the head for forgetting my favorite movie of 2008-Rock on
* Seriously when you think of the year, there were so many bad moments. The mindnumbing Mumbai terror seige....

I say chk your email!!

constant commentator and me!!! well, most of my blogger friends' think m too arrogant and lazy to leave a comment.....
maybe, I just like ur stuff a ltl too much....cheers!!

@ nishi,
u r too wonderful for words. thankee!

@ J-
ofcourse u r arrogant and lazy now. but once u used to be a really loyal commentator.

i used to look forward to wat u had to say abt my posts. gee, u r relegated to slothy commentator status now

i see that i'm tagged in this post only now, but sorry that i was away from blogger world for quite a while! keep blogging and get the good work going.