Where we draw funny dumb faces on each others' hands. I think Vinaya began. Then everyone was going freakin' mad and ended up with silly cartoon faces on the wrists. I ended up with two faces, one on each wrist. One by Vinaya, and the other by Namitha. Pictures given. So you can pronounce your verdict. 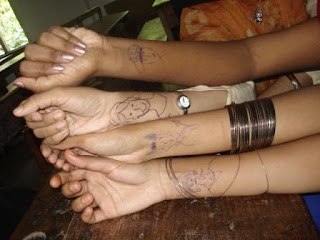 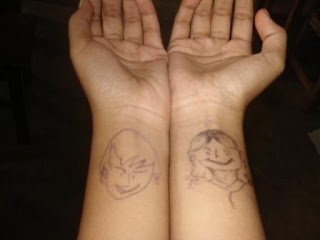 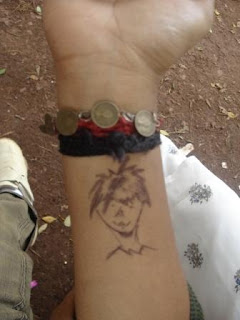 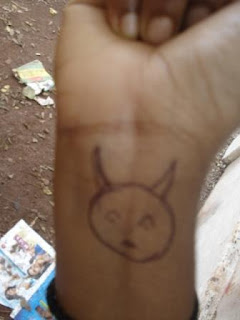 Finally he got bored and drew a pathetic devil on Nimisha's hand!
Blogg'd by Azra Raphael at 7:42 PM

hehehhe nice figures , i liked the ones on your hand :) , even the one with the cap looks cool :)